The store will not work correctly in the case when cookies are disabled.

biggest stock in the uk 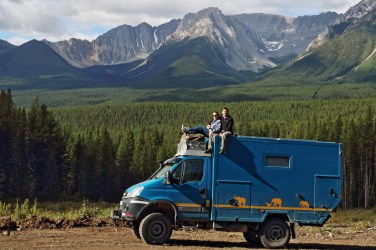 We might all daydream about dropping everything to travel around the world, but there can’t be that many of us that would want to do it in an IVECO truck.

But that’s exactly what Marcus and Julie Tuck did back in 2013, when they decided to create their own off-road expedition camper truck, named Cuthbert, based on an IVECO Daily 4x4 chassis.The truck was converted for them in Germany, registered in the UK in 2014, then fitted out for overland travel every year since. So far Cuthbert has carried the couple safely to Africa, Europe and right across the American continent – from Canada to Uruguay and everywhere in between.

Thousands of miles later, there’s no sign that either of them intends to stop, but when Cuthbert decides not to go it’s a different story. At Zeppelin, we’ve been happy to help by providing genuine spare IVECO parts to help keep them on the road (or whatever other route they’re on) wherever they are in the world.

“Zeppelin has been great at supplying well-priced, genuine spare parts to us while we travel. They’ve provided a quick service and shown great flexibility arranging shipping to wherever we are in the world allowing us to stay on-the-move. Thanks Zeppelin!” Marcus Tuck couldn’t find what you wanted?

Why not call our helpful sales team today on:

get the latest deals in your inbox

Let us keep you up to date with our latest news and offers by email.